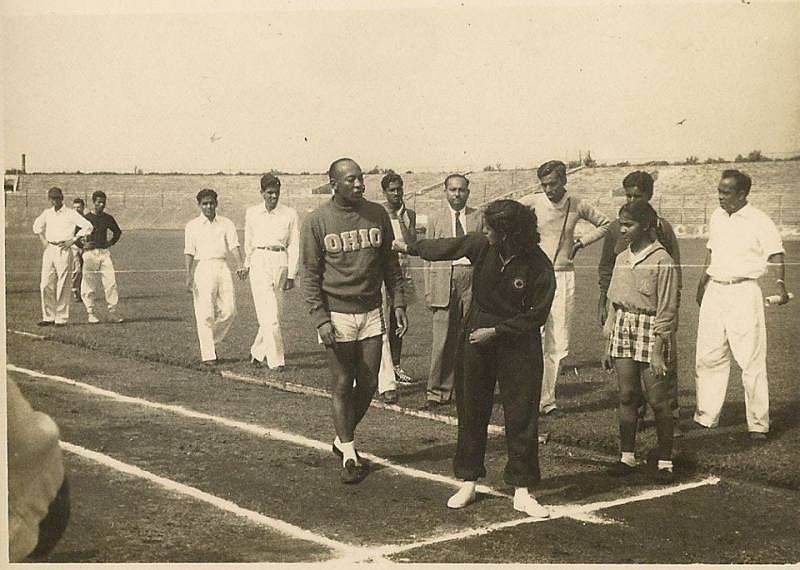 Amidst all the celebrations on the eve of India turning 70, all of us were given a refresher on our bright and accomplished history in pretty much everything. Sports was also not spared, as grainy photos and reams of text told us about all our accomplishments.

Then, I discovered the story of Stephanie D’Souza and her relay team.

Milkha Singh won the gold in 100 metres and 200 metres in the 1958 Tokyo Asian Games; Farhan Akhtar and you know what happened next. What you don’t know is that at the same place, another member of team India, Stephanie D’Souza, won silver in the women’s 200m. Wikipedia says she held the national records in 100m, 200m, 400m and 800m. Now, let me tell you something else.

Stephanie D’Souza was ALSO part of the Indian hockey team in one of the first hockey tournaments for women-the 1953 International Federation of Women’s Hockey Association Tournament in Folkestone, England-and also captained the side in 1961.

An Olympian (she participated in the 1964 Tokyo Olympics) who played for India in two sports, and the whole wide net does not have a single picture of her.

Now, let’s flashback to the Asian Games before this one; the 1954 Manila Asian Games saw India’s 100m relay team take gold. The women’s team, that is. The team members were Stephanie D’Souza, Mary D’Souza, Violet Peters and Christine Brown.  Among the four, the latter two don’t even have Wikipedia profiles; Mary D’Souza, incidentally, is also the first women Olympian from our country (1952 Helsinki), and was ALSO a part of the track team and the hockey team. Of her achievements:

Mary’s most remarkable victory came at the inaugural Asian Games held in New Delhi where she became the first double medal winning athlete from India. She bagged a silver in 4x100m relay and bronze in 200m

[Sportskeeda] (includes her interview as well, and the above image)

After years of being ignored by the officials and the ministers, in 2013, she was awarded the Dhyan Chand Award, an award presented to a sportsperson for her/his lifetime achievements. The Goa state government, meanwhile, is yet to recognize or reward her.

To put the above into perspective, Lavy Pinto-the first Indian to win an 100 metres gold in the first Asiad in 1951-his winning moment, as well as his face itself can be found by just searching for his name. We cannot change the records of the past. Yes, winners in women’s sports used to find less of the limelight than their male counterparts. But we can at least take the effort of finding more about these forgotten people. We Indians deserve to know them. Every girl who dreams of running, deserves to know them.

About the author: Hitesh Shetty

Dreams of writing a bestseller and changing the world. When awake, tries to figure out how to do both.

himanshu sindhal - 2 years ago
A New Hope: The Congress Edition
thanks for sharing this post nice

Kritika Sehgal - 4 years ago
The Not So Common State Of ‘Sadness’: Depression
love <3

Akash Bansal - 4 years ago
The ‘Horror Scope’ Of Invisible Reality
Nice one.. now i will need hanuman chalisa😂😂

Hitesh Shetty - 5 years ago
The Ones Who Shunt Be Named!
Very disturbing, but very well put together too!!

Hitesh Shetty - 5 years ago
Letters From The Heart (Part 1)
That ending. Awesome (y)